Teaching Children to be Responsible About Their Desks in School 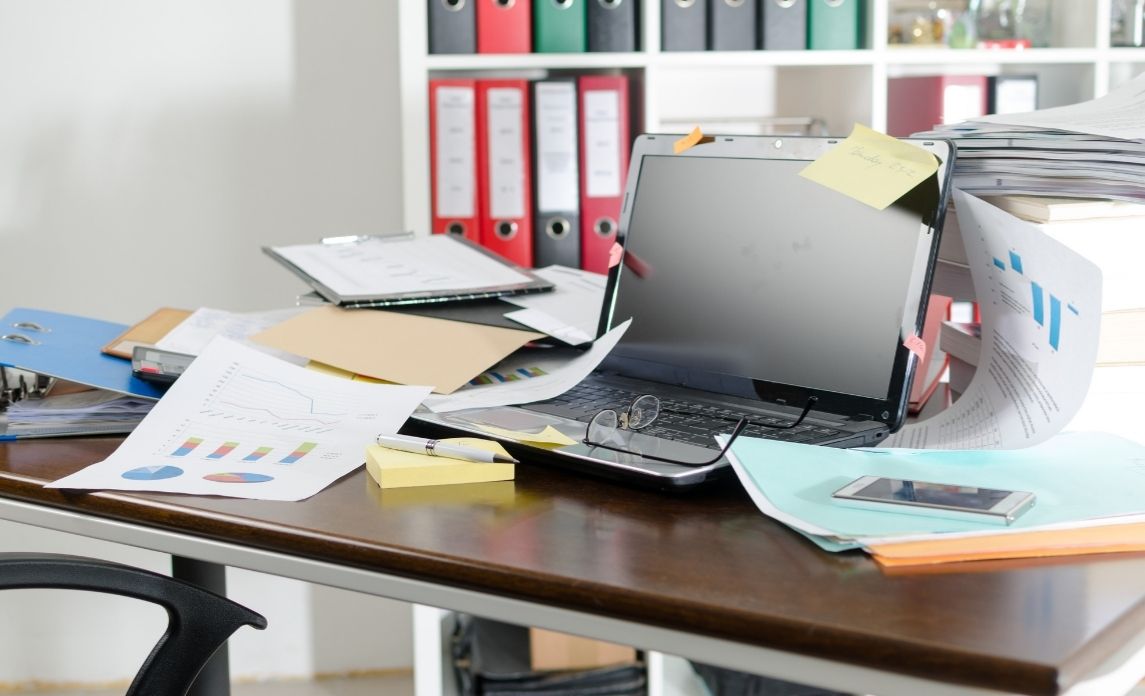 A school is a place for learning, creating, and exploring – which can all get pretty messy! At the end of a productive school day, there will be books and stationery scattered around, chairs moved out of place, papers and other bits and bobs strewn around the classroom.

Cleaning up all the clutter at the end of every day can be a big job for the teachers, but the children can play a big role in keeping their own areas tidy.

At what age should children start being responsible for tidying up?

Very young! Around the age of three, most children will be able to understand the concept of tidying up and putting toys away when they aren’t using them. That means they are more than capable of doing so by the time they are at school.

Many children even enjoy being helpful and assisting with tasks both at home and in the classroom. By framing it as something helpful that they are thanked or rewarded for as opposed to a punishment or a chore, they are much more likely to help willingly.

The benefits of starting them young

Having children be responsible for keeping their own desks and immediate areas clean has many benefits:

Sense of pride. Having a clean and tidy space makes children feel a sense of pride in their surroundings and in the work they put in to keep it that way!

Self-awareness. Being responsible for tidying their own mess helps children learn to be more aware of themselves. If they create clutter, they learn to identify and remedy it instead of leaving it for someone else to take care of.

Autonomy. As children get older, they naturally become more independent and enjoy doing more for themselves. Tidying up their own books and toys is an easy task they can learn to be responsible for themselves, giving them more autonomy.

Problem-solving skills. Tidying up and organising spaces means fitting different things into different spaces and figuring out where each thing should go. This is a good exercise in problem-solving for children.

Getting the students in your classroom to help tidy up and keep their desks clean might seem like a bit of a challenge. Especially if children aren’t expected to clean things up around the home, then they might not be so keen to do so at school either.

Here are some handy tips for getting children to take responsibility for keeping their school desks tidy:

Create a routine. Having a daily task near the end of each school day helps children get into the routine of cleaning up their space. If every child in the class spends 5 minutes a day making sure their things are put away and their desks are clear, it won’t feel like such a daunting chore for them. They are all doing it together, and it’s a short, allocated block of time.

Clean desk diagram. The clean desk diagram was developed by American teacher and instructional coach, Angela Watson. Angela created this diagram after realising that her expectations of a tidy desk were different to what many of her students considered ‘tidy’. In order to get everyone on the same page, she created a picture with some explanatory notes detailing exactly what she expected the desks to look like. This provides a visual example which children find easier to understand.

Clean desk visitors. Desk visitors or desk fairies are often used by teachers with younger students as a way to inspire cleaner desk spaces. A fun soft toy is used as a reward for children with clean desks. Each day or so, the soft toy is placed in or on a desk that has been kept nice and tidy, and that child gets to keep it on their desk until the end of that day. It is a fun and exciting activity for the kids to see who gets the toy each day, and it helps motivate them to keep their area clear in the hopes of getting it!

Group activities. Having students undertake cleaning activities as a group helps to encourage them to take part and make it feel more fun for them. They also prefer it if they can see others joining in and doing the same thing, so they don’t feel like they’ve been made to clean up as a punishment or a chore.

Reduce paper. Paper can easily clutter and create mess in a classroom environment. Embracing more digital ways of working and reducing reliance on paper can help minimise clutter in desks and other areas of the classroom.

Have storage and designated areas. It isn’t fair to expect children to have everything put away perfectly if they don’t have enough space in the classroom to do so. Their desks need to be big enough to hold all of their essential things, with ample locker and shelf space available for larger items. Many classrooms also utilise book sleeves, which hang on the back of the student’s chair. These can be used to store their workbooks and create more space on the desks.